Most primates are very wary of the new. It needs a good sniff; to be studied from afar, to be given a hard prod with a long stick. After a while – when it hasn’t bitten back – you can ignore it. In the UK, the ordinary person has now reached that moment on the subject of Blockchain technology. It might have something to do with cryptocurrencies, but otherwise, it now sits alone in the corner of the cave, in the shadows cast by the tribe sitting around the fire, arguing.

The fire-side disputes tend to be about vaccination passports, cashless payments, quarantine regulations, the EU and inevitably some talk about the death of democracy, (an odd concept for primates), and – as ever – the loss of personal freedoms. Almost all the different views are a by-product of a misunderstanding by the tribe of the speed of digital technologies’ development, coupled with a failure to grasp how quickly, sophisticated and widespread the data collection industries have grown. But because so much is now so quickly commonplace, we either forget or don’t notice. Losing a smartphone, for example, is tiresome. But because you set the tracker app on it, and it can’t be opened without your fingerprint or retina scan – vital tools, because you also use your phone for quick payments – it isn’t a big issue. Somewhere a satellite, or a telephone mast, will happily engage with your mobile, tell you where it is, and also take a photograph of young Rodney Tealeaf, his surroundings and post them all back to your secondary device. (You already had his ID, of course, because he triggered your doorbell/camera proximity switch when he was looking for an easy way in and that too went to the cloud).

Luckily your bank knows all this, plus of course your phone manufacturer, your service provider, and Amazon, Etsy and Google. Add to them your Facebook, Twitter and other social media accounts. You gave all of them access to the folders, details, times and locations when you opted for the easier-to-manage lifestyle. Coupled with your online shopping with Waitrose, Ocado or Morrisons, and your screen and search history, the vast amount of available information (which is not the same as detail), on every aspect of your life – aka data – should not be a surprise. Your children and their friends add to this knowledge pool because Little Dorritt tells Jodie that it is her Mum’s birthday, and those two words get hoovered up into the cloud.

In the main, we seem to accept Big Data’s existence, and see it as either benign or too big to control. We see it perhaps as the generality, rather than the individuality of oneself. Very rarely do we see data gathering as genuinely evil. Maybe we believe that its unimportant focus is to deliver marketing data. Who cares whether anyone knows the total number of sick days taken off by seamstresses who like liquorice. We probably know, or have guessed, that one’s life insurance will go up because, actuarily, people living in your postcode have a bacon sandwich six times a week and are therefore more prone to cancer, and car insurance is more expensive in London than in Auchtermuchty. 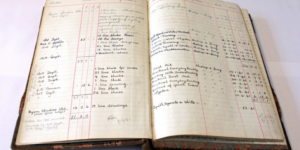 That’s Big Data. We have always had marketing research, from the day someone tried to sell a troglodyte a knife. (“Don’t sell them any tin, they haven’t discovered bronze yet.”).  We have swapped abacus for paper and pen and then for computerised Big Data, and it is why we have social, economic and racial stereotyping. It exists – and always has done – because their associated probabilities allow a certain pre-determination. For example, show me 100 unattractive, overbearing, often short multi-millionaire men in the bars and harbours around Nice, Cannes and Antibes, and I’ll show you 65 much younger blonde companions, who are not nieces. Is that a fact? No. Is it statistically likely? Yes. Would it, therefore, be better to open a shop selling expensive clothes and jewellery for girls, or toupes for men? That’s business, not gender politics.

The Public still has freedom of choice. It is not compulsory to use credit cards or a mobile phone. You have a choice over Alexa or letting your children onto the Internet. Don’t use Chrome, Edge, Bing or Google. You can – and many do – walk away from WhatsApp, Facebook and Instagram. They replace them with Signal or Telegram, but where’s the harm in that? We don’t have to use Smart meters, Water Meters, Spotify, Travel Cards, Avios, Nectar Cards, Sainsbury shop smart, Waitrose cards. We have that choice – and we can also accept that each of us represents a couple of bytes of the global Big Data cherry and that the fait accompli is a fact.

The question is, therefore, is it possible to have these benefits – but manage our data? The answer is yes – which brings us back to Blockchain.

Firstly we start with a record. That might be a deal between two people, with both sides agreeing that one has paid and the other has delivered a car. It might also be the acknowledgement that your driving licence is genuine, or that your fingerprint has been scanned. In either case, both parties have digitally signed the record, which is then added to the network, consisting of computers, called ‘nodes’. These then check the signatures to make sure the record is valid. When the network accepts the record, it is added to a Block. Each Block contains a unique code called a hash. It also includes the hash of the previous Block in the chain. The Block is then added to the Blockchain – with each hash code connecting the Blocks together in a specific order.

Imagine a giant 3D jigsaw puzzle, of a pure white picture. Each piece has printed on both sides an image in white. However, when you put the jigsaw piece under a microscope, you can see that each piece’s image comprises thousands of pixels. Imagine each pixel is a record, and each piece is a Block and that each Jigsaw is a Blockchain. Then envision each Blockchain sitting precisely on top of the one below.

The Blockchain’s security lies in the inability to tamper or remove a record without accessing all the previous hash codes in the Block. Again using the jigsaw analogy, find the white pixel and remove it without leaving a black mark. Applied to a personal ID, the Blockchain makes every part of my ID a unique, secure and tamper-proof link in an unalterable blockchain. My photo, fingerprints, birth certificate, and every other aspect of my identity can be secured in my secure ID wallet – which no Government can access or destroy.

Now, this wretched pandemic has given us some pressing needs for a secure ID system.

Let us start with the simplest of all these issues, the biometric cashcard. We need one because, in a world where Cash is seen as an increasingly dangerous biological hazard, cash-usage is considerably less now than in 2019. The UK cash machine network, Link, has reported a 55% drop in ATM usage throughout 2020. However, the rapid adoption of cash-free tech will, as the consumer group Which has been warning about for some time, leave the vulnerable, sceptical and elderly at risk. Additionally, however, the UK still apparently has 27% of its population operating only in Cash. We will inevitably transition to a cashless society, but the journey can only succeed if its transition is made as painless as possible. The change to 95% cashless, has to resolve security, memory, and physical impairment. The biometric bank card frees the citizen from acquiring expensive smartphones or pre-supplied authentication readers. In India, their increasingly adopted AADHAAR1 biometric ID system means that users can open bank accounts and raise or improve a credit profile. It is now further expanded towards benefits, health care and travel.

Secondly, I need to prove I can exercise my right to travel. Pre-Covid, this meant that for several countries, I needed to prove that I had been inoculated against Cholera, Yellow Fever and Typhus; had immunity from Yellow Fever, and had been vaccinated against Smallpox. It was a bit of paper that cost me £75 from the GP. (In murkier parts of the world, it was often forged to provide part of a fake ID’s plausibility, as well as to allow country-access, allegedly.) We’ve had to prove immunity in some cases since 1935. In other words, the use of Medical records as a matter of proof is nothing new. In the 21st century, why not simplify the procedure with a passport that contains that data?

Thirdly, we have – you may not have noticed – an increasingly frequent interaction with the NHS, whose relationship with the Computer is so blighted that at least a third of all departments were still using Windows 7 this time last year. Bizarrely, while the system is antiquated, the development of the tools that the NHS will use in the future is highly technological. We already see an increase in the use of personalised medical diagnostic tools such as molecular genetics. That means that patient data will need to be more secure while allowing both patient and medical teams, access to an assortment of data sources. (Hospital records in several locations, GP records, Dental records, other private medical records). Sadly, the NHS systems lack security at almost every level, and the many different approaches result in scattered and fragmented data pools.

Wouldn’t life be more comfortable if we just had a card that said this is Bill Bloggs, take my word for it because this is his picture, fingerprint, and retina scan? He can travel anywhere because he has been inoculated against yellow fever, typhoid, Covid Variants 1, 6, 19, 22, 23. He has no driving licence, and any of the following bank accounts will happily let your company take up to £150, proving you present his card to your retailer machine and the cardholder scans his fingerprint.

Perhaps the Government is beginning to recognise this, with its publication this week of its draft rules of the road for governing the future use of digital identities. It is part of plans to make it quicker and easier for people to verify themselves using modern technology and create a trusted identification process that replaces passports or bank statements.

Sadly of course and like all projects created by committee, it has watered down the requirements and left the process in the hands of business rather than the individual. Thus they require operators, (why a plurality?) to:

Sadly on the strength of this, I’m on the side of the naysayers.

I want any biometric card, be it a Bank, Passport, ID, Driving Licence to be unchangeable without my authorisation. Yes, the development of ID systems is needed and it is needed now. BUT it must be based on Blockchain technologies and the ultimate control of the individual record should be for the individual and not for the State or their Corporate Partners. Globally, governments, legislators, financiers and consumer groups are becoming increasingly aware that they need to grasp the mettle and to develop the infrastructures that can best use the benefits of Blockchain. We should insist that the Government takes the lead and works with both the USA and Europe to create a globally acceptable Biometric ID card that will allow us to live life as fully and as freely as we can and to instil into it a standard of security that gives everyone a sense of calm.