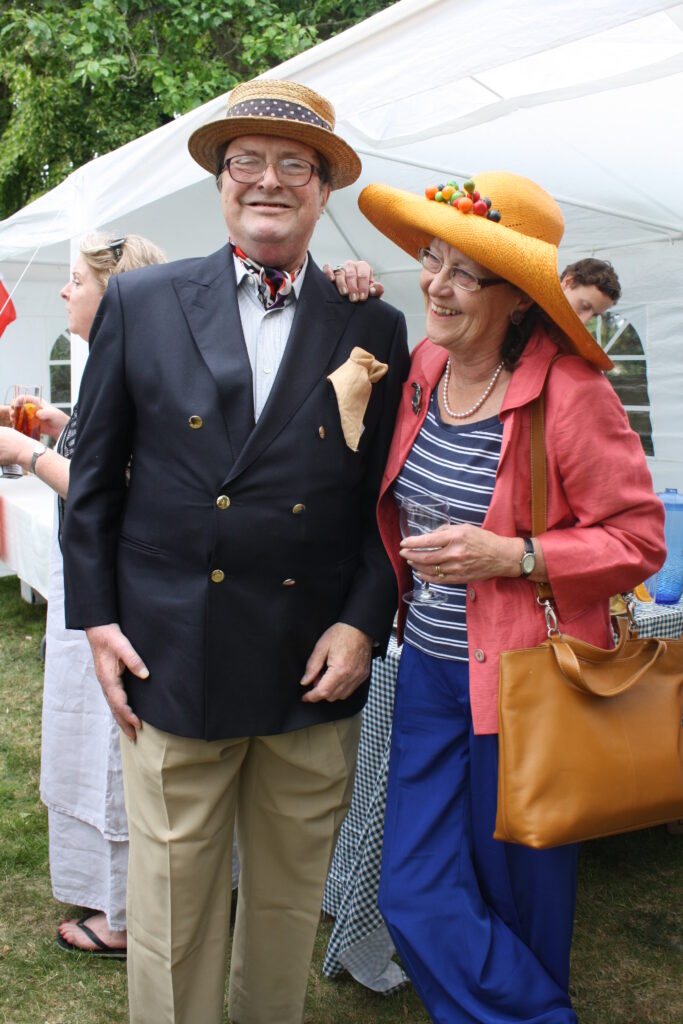 John Carrington was that rarest of educational supernovas, a Winchester Scholar. (So rare that his Derbyshire prep school gave a day’s holiday to the pupils for the achievement). At Winchester, he started to develop his future trading skills, running the school’s second-hand book market – as in tomes. He also ran the Scholarship election trading book – as in bookmaking. Having focussed on Classics at Winchester, John went to Cambridge and studied History and English. He graduated and joined the Economist Intelligence Unit in Turkey as a researcher, subsidising his income by exploiting the Lira’s wide spreads between banks and tourists, further supplemented by occasional journalistic forays for the Guardian. A brief spell in an ad agency was followed by the Sheffield Telegraph. He then joined The Times, just as the newspaper introduced its Business section in 1967 and wrote what became known as the Tempus column, then later became Deputy City Editor. The realisation that he was far savvier than the people he was writing about made the next move into investment management inevitable.

A desk in a small broking firm in New Broad Street, a manual typewriter with no @ sign (but it did have a key for the Turkish numeral one), and a brace of clients from George Steer’s Bonas was the beginning of John Carrington & Co in 1970, which subsequently became Carrington Pembroke. John deliberately shunned the spotlight, preferring to remain a boutique operation, accessible to a select client base which was acquired almost entirely through word of mouth. The company rapidly achieved a solid reputation. As a biographer pointed out, an investment of £10,000 in Carrington’s UK Growth Fund, launched in 1986, would have been worth £59,124 by 31 December 1997, against £41,840 if invested in the FT All-Share Index. (A compound rate of return of 17.5% against 13.9% for the market and 12.1% for the average equity growth unit trust).

John’s reputation for spotting fledgling situations, maximising them, and understanding and researching better-established companies was widespread but with little discernible coverage in the media. He was, however, noticed. Ken Carter, the former chairman of JLT, said: “John Carrington was one of the shrewdest Fund Managers in the city in his era. He was an early and substantial shareholder in Lloyd Thompson, and when we announced our interims and finals, I always saw him first as he had the most probing questions – satisfy him, and the rest were easy!”

Carrington always found time to help develop talent in the young. Diarmaid Kelly, former Deputy Chairman of Baring Securities and later ING Barings until 1996, said, “I would like to add that Carrers was also a great supporter of and mentor to, the young. Many brokers owe their careers to him – I am one of those brokers.”

Framlington’s George Luckraft and Nigel Thomas, giants of the fund management world, both acknowledge the debt they owed to John Carrington. Nigel said: “George and I joined John in 1980, and he taught us many lessons he had learnt through the 1960s and 1970s. He could smell hype from a distance and placed great emphasis on investing in small to medium-sized companies with the propensity to grow faster.”

John was an astonishing linguist speaking around 11 languages to varying degrees of ability. It perhaps explains John’s affinity with emerging global markets, and his natural understanding of sociocultural anthropology gave him insights into the mindsets of many of the people he dealt with. On an investment trip to Korea, he astonished one of the bankers on the third day of the visit by holding simple conversations with waiters etc., When this was remarked upon, John explained how simple it was because Korean was so like Turkish because they were both Finn-Ugric peoples, but with an Altaic language base. More importantly, however, his understanding of language and people and their shared common interests and traits informed his selection of emerging markets in which to invest. Perhaps that explains his decision to develop a fruit farm in Chile from scratch, mainly apples, but now selling tons of Cherries to the Chinese! He thought Chile an excellent place to invest because of its German influences.

John sold his business to the Dutch bank ABN Amro in 1996, and amongst those receiving a substantial dividend on their original investment was John’s mother, Barbara. A truly redoubtable, feisty and strong woman, she cut a tiny figure and was known to all John’s friends (and John) as The Old Boot, her preferred Monopoly token. The family had lived in Bakewell for many years, and when John launched his business, she was the first to step forward. The Boot loved horseracing, and punting, had horses in training and travelled widely, preferably by cargo ship. In Barbara, it was easy to see where John’s character, intelligence and intuition had been forged.

The sale of Carrington Pembroke might have made some think that John would now settle down into genteel retirement, focussing on his bloodstock and racing interests. Instead, Carrington simply continued working across a broad spectrum of interests and areas that held his attention. For example, with Hillsdown founder and Cheveley Park owner David Thompson he was a board member of Windsor, which was sold to Arena Racing in 1999. He had property in Buenos Aires, where he and Jeanne would often go and stay while visiting their many South American friends and various investments. Then he would be back, and then off again, driving to Central Europe to visit friends and investments, the two roles oft-times being hard to separate. He drove thousands of miles a year, taking advantage of his founding investment in the Euro Tunnel, which allowed him to use the service for some nominal sum. He had a small thoroughbred breeding operation in Ireland; he owned many horses in partnerships and with a variety of trainers and had been convinced to run for 1the Council of The Racehorse Owners Association. As a result, he was briefly involved with the ROA’s input into race planning, but he resigned after a couple of years.  He did not have a very high opinion of racing’s administrators.

He started a small analytical operation of racehorse trainers’ performances called TrainerTrend. The founding of Betfair, the first peer-to-peer betting operator, meant an opportunity to exploit value, and John rightly surmised there was no more excellent guide to value than in the daily output of trainers’ results. John effectively created an algorithm that evaluated, to a baseline number, a trainer’s performance over the short and long term. This allowed him to say whether a trainer’s entries on any particular day were worth backing or laying (buying or selling). Focussing solely on handicaps, Trainetrend was so successful that it had a 98% strike rate on highlighting horses to lay, and it was almost sold to an investment company when Betfair moved the goalposts on their commission rates, removing the 4% level of tax-free profitability,

If John had a distinguishing feature, it was his pipe smoking. “Professional” pipe smokers will have several pipes on the go because the flavours change as each pipe’s wooden bowl heats. Inevitably over the years, there were accidents and more than once, John had to be warned that his jacket was smouldering. There was a rumour that Jeanne fitted fire-proof pockets to several of his casual jackets. There was one story of John visiting a company in Japan where he was thinking of making a significant investment. As was his way, John started running through various pipes during the presentations and then got up and started box-walking. This is an equestrian term for when a horse paces up and down or walks around the inside perimeter of his “box”. This can be due to boredom, frustration or general unhappiness in their environment. It was not a good sign with John, but for the Japanese present, it was the most bewildering thing they had ever seen, as they did not know what their reaction should be.

He was medicophobic and it was only the persistent concern of his friends at the constant coughing – which he ignored –  and eventually at Bakewell when gasping for breath overnight, the instruction from Boot; “No argument, to doctor!” that he went. The only person John ever obeyed and an action that bought him over a decade. Cancer resulted in his needing a voice box after remedial surgery, and the supporting surgery also impacted the use of a hand, but he bore the various trials and tribulations with great dignity. It often made conversation difficult to understand until one had “tuned in”, and it also made dinners and lunches difficult, as he could not raise his voice very loudly. He got over this by banging on the table for attention – and as his hearing was never affected, he could, for example, correct the misuse of the word Argentinian at 100 paces.

He was politically conservative with a capital C and firmly believed that the European federal movement was deeply flawed and would hurt Britain’s interests in all scenarios. He had a wide and eclectic range of friends and was loyal to those he befriended. He was a good dinner companion, and Friday nights at the pub in Longcot, where he and Jeanne had several friends, were a fixture for many years. Other than Fridays, he could be found at the Fox in Denchworth. Only in the last two or three years did he break his mantra that a bar was for standing beside, not sitting next to – but there were still avoided pubs because the bar was not high enough to stand beside. His dress sense was eclectic, and some still talk about his Ascot waistcoat made by Jeanne from the many ties John had ruined with various Thai, Indian and hot-sauced foods. Little known, and sadly lost post-cancer surgery, was John’s piano playing. He loved the instrument and had an extensive collection of piano recordings… mostly of jazz! Like everything he turned his hand to, literally, in this case, he was hugely talented.

To say John was an eccentric would be a grotesque simplification. He despised laziness, especially in language, and aroused many emotions and reactions in people – often deliberately and mischievously. He loathed television except for the various racing channels and preferred a paper map to a satnav. He enjoyed wit and clever thinking, and he loved a pub quiz because he was competitive. Some found him difficult, but there was always respect and admiration because when John was in the room, it was always clear that he had a superior intellect and a considerable amount of retained knowledge that was like a substantial relational database but on the human level. I once mentioned an obscure broker from a small firm that few would have known … apart from John, who remembered everything about him, including the fact that he had an unhappy marriage. The broker had retired thirty years before, yet John had helped and remembered him all those years later. John’s kindness could take a strange turn from time to time, and he once “sponsored” the testicles of one of our dogs to ensure he wasn’t neutered.

The John Plowden Carringtons of this world are rare. They can be extraordinarily complex, and you lose so much if you take them at face value because you’ll never know the half. It takes time to know their traits and the things that make them tick, smile, get cross, laugh, and cheer. By the time you think you might have cracked it, thirty years have gone, and so have they, and there’s no starting over. He will be very much missed.